James Webster Childs was born June 16, 1826, the son of a preacher in New Hampshire. He grew up in Henniker, N.H.

By the time he was 15, his parents couldn’t afford to continue his education. So he had to work his way through high school.

Information about Childs comes from a history of Washtenaw County in 1881. Quite a few people paid to have their biographies included in that book for posterity. Since Childs had a background in the Michigan legislature and in the state senate, he obviously wanted his life story published in this book.

He did not explain his educational background in the 1881 book, so it seems likely he found employment somewhere until he was married in 1848.

Childs came to Augusta Township that year, but he did not move to Michigan with the idea of finding a wife there. A man who spends his time raising sheep and chickens on a frontier farm was not likely to attract a suitable woman.

Childs found his wife the way most men from Michigan would do it – he met and married a gal back east, and then took her with him to the frontier. At age 22, Childs tied the knot with Lucy A. Hubbard, who lived in a nearby town in New Hampshire.

By the time he was married, Childs was an avid member of the Congregational Church. He was also outspoken on the evils of alcohol. Temperance, or the opposition to alcohol, was a hot political topic at the time.

When Childs and his bride arrived in Augusta Township, it is possible he tried his hand at farming. However, he quickly switched to other pursuits. Within a year of coming to Michigan, he was elected School Inspector, which he continued for 25 years.

Soon he was elected to the Washtenaw County Board of Supervisors. He joined the Republican Party. He became Superintendent of his local Sunday School. He became Justice of the Peace.

His service in public office kept a steady pace at least until 1881 when the book was published. He died one year after that at age 56. His grave marker is the biggest one in Childs Cemetery, which is named after him.

For a pleasant outing during nice weather, drive along Tuttle Hill Road, an old Native American trail connecting Monroe and Ypsilanti. Childs Cemetery is on the west side, north of Willow Road.

Brian Shelby, who restored the cemetery, says that land was once a Native American campground. 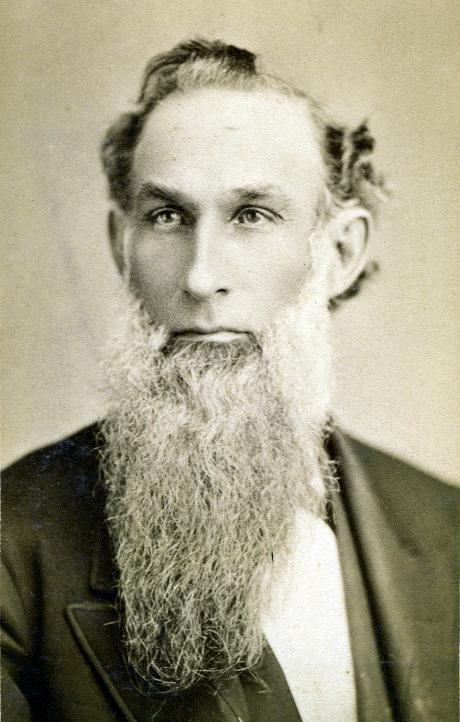 J. Webster Childs, photographed at a studio in Lansing, Michigan. The date is probably around 1860, while he was serving in the Michigan legislature. The photo was passed down to Lorraine Stuart Phifer of Milan, who is related to him.

Reprinted from the Milan News-Leader, January 23, 2014